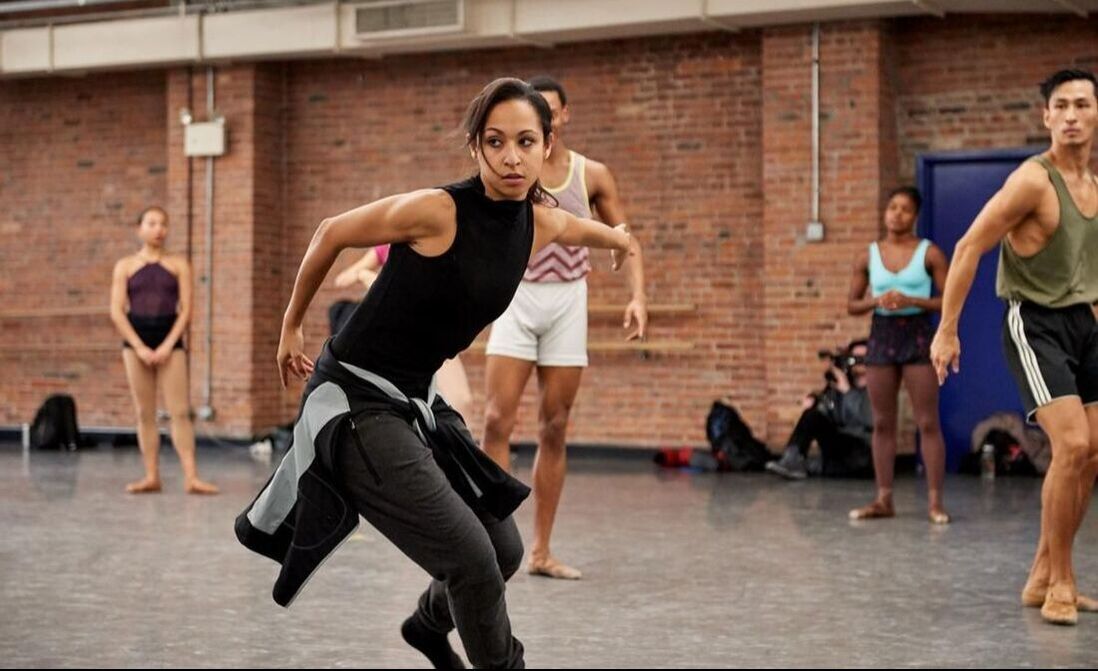 Claudia Schreier has choreographed for dance, opera and film across the U.S. and internationally. She has been praised for her distinctive choreographic voice, which fuses neoclassical technique with a contemporary vocabulary. Born in New York, Ms. Schreier trained at the Ballet School of Stamford under the direction of Stephanie Marini and received a B.A. in Sociology and Secondary Degree in Dramatic Arts from Harvard University in 2008.

Ms. Schreier is the recipient of the 2018 Princess Grace Award for Choreography, the 2018 NEFA National Dance Project Award, the 2018 Dance/NYC Dance Advancement Fund supported by the Ford Foundation, the 2017 Lotos Foundation Prize for Dance, the 2008 Suzanne Farrell Dance Prize in recognition for Outstanding Artistry in the Field of Dance, and winner of the 2014 Breaking Glass Project choreographic competition. She received the 2017 Virginia B. Toulmin Fellowship for Women Choreographers at the Center for Ballet and the Arts at NYU.

Ms. Schreier was named the Choreographer in Residence at Atlanta Ballet in 2020. She has choreographed over 30 ballets and has been commissioned by companies and organizations including Miami City Ballet, Dance Theatre of Harlem, Vail Dance Festival, American Ballet Theatre Studio Company, Juilliard Opera, New York Choreographic Institute, and Joffrey Winning Works. Most recently, she premiered the film Places commissioned by Miami City Ballet, named a standout performance by The New York Times.

She is the Artistic Director of Claudia Schreier & Company, which since 2015 has presented several full-evening performances of her choreography featuring dancers from New York City Ballet, American Ballet Theatre, Miami City Ballet and Dance Theatre of Harlem, among other leading companies, and collaborations with composers and musicians, including Emmy Award-winning composer Jeff Beal. In 2017, Claudia Schreier & Company made its debut at The Joyce Theater for the 2017 Ballet Festival. The program featured six of Ms. Schreier’s works performed by twenty-one dancers, a piano quintet and chamber choir and included three world premieres choreographed for former New York City Ballet principal Wendy Whelan, principal Jared Angle, and soloist Unity Phelan.

Ms. Schreier served as Special Projects Associate at the Aspen Institute Arts Program, where she provided strategic support to various arts advocacy initiatives. She is a member of the NYC Landmarks50 Alliance. Ms. Schreier held the position of Manager of Editorial Content at Alvin Ailey American Dance Theater for seven years before leaving in 2017 to devote her full attention to her choreographic career.

Her premiere for Atlanta Ballet, First Impulse, was named a Standout Performance of 2019 by Pointe Magazine. Her TEDx talk "Thinking On Your Feet," presented at Columbia University and featuring a ballet on film featuring ABT's Calvin Royal III and Stephanie Williams, was named one of Pointe Magazine's 8 Favorite Ballet TED Talks. Her ballet for Dance Theatre of Harlem, Passage, is the subject of the 2019 Emmy Award-winning (Capital Region) PBS documentary "Dancing On the Shoulders of Giants." She is also the subject of a documentary short film, Sixth Position, about her 2017 journey to The Joyce Theater. She has been featured by The New York Times, The Washington Post, BBC News, Marie Claire, Dance Magazine, Pointe, ELLE Magazine, and Harvard Magazine and was a featured guest on the television program Black America. Ms. Schreier made her debut at Works & Process at the Guggenheim with ABT in Fall 2018. She was also a featured speaker at the National Museum of Mathematics for the Math+Music event Quadrivium. Her published writings include “Body Language in Kongo Art: A Choreographer’s Perspective” for the Metropolitan Museum of Art, “Choreographers’ Canon – Celebrating American Dance: George Balanchine, Jerome Robbins and Martha Graham” for Vail Dance Festival Magazine, and "Paul Taylor (1930-2018)" for the Juilliard Journal.

View the Press page for additional interviews, podcasts and features by The New York Times, The Washington Post, BBC, and more.
​

PBS Documentary: Dancing on the Shoulders of Giants

PBS's Emmy Award-winning Dancing on the Shoulders of Giants follows two internationally-acclaimed dance companies commissioned by the Virginia Arts Festival and the 2019 Commemoration to interpret a seminal event: the arrival of the first Africans to English North America. Go behind the scenes and witness the artistic journey of Claudia Schreier's new work for Dance Theatre of Harlem, Passage, from concept through rehearsal and ultimately to the stage.

​Following the introduction, the Passage segment begins at 29:14.
​

'The Hikers' in Performance: Revisiting the Black Body in Space

Visual artist Rashid Johnson and Claudia speak about their collaboration and adapting their work for the gallery setting.

Excerpt and onstage rehearsal of Claudia's work-in-progress for ABT Studio Company and a panel discussion moderated by John Meehan.

TEDxColumbiaUniversity | Thinking On Your Feet

An TEDx talk on lessons learned from the choreographic process about communication and leadership.

In this short documentary produced by Big Pup Films, Virginia B. Toulmin Fellow Claudia Schreier prepares for the debut of her company at The Joyce Theater's 2017 Ballet Festival.

Claudia is featured in ABT's promotional video highlighting their initiative to support the work of women choreographers.

Watch Ms. Schreier's television appearance on Black America, an in-depth conversation that explores the Black experience in a time of both turbulence and breakthroughs.  Black America ​is hosted by Carol Jenkins, Emmy award-winning New York City journalist, and founding president of The Women's Media Center.